The year 2011 has begun with a reduction in food consumption in Spain, something that has also affected to the sale of fresh meat and processed meat. 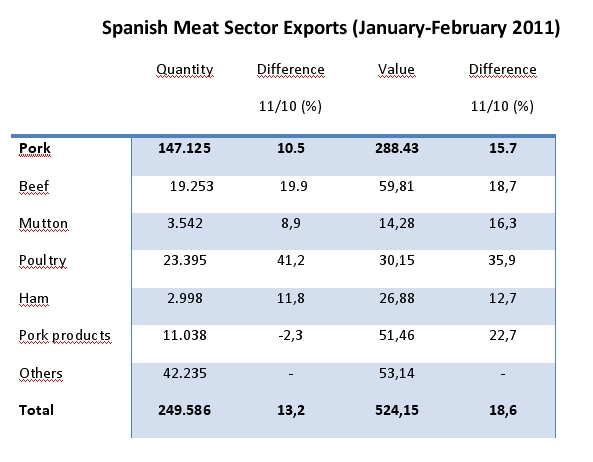 Regarding pork exports, the first two months of the year coincide with the dioxin crisis in Germany. This fact encouraged the European market demand for pork from other countries such as Spain. Pigmeat sales account for 59% of the exported meat (in quantity) and 55% of meat sale value.

Most sales were made in the Intracommunity market (78.4% of the total ones) and it is important to pint out how exports to third countries have been growing over the past years.