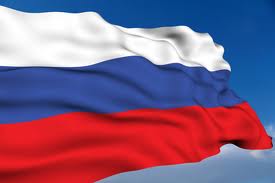 The Russian ban on pork imports from the EU remains the number one topic of conversation throughout Europe. However, the EU slaughter pig prices are staying on the level so far achieved this week.

Decreasing slaughter weights in Spain are a sign that the quantities of pigs on offer not too large and demand is swift. Accordingly, the prices are steady. A slight increase of one cent was reported about from France. In the region of Brittany, consumers are hoping prices have hit rock bottom.

Steady prices were also noted in Germany, the Netherlands and Austria. Problems are, in fact, reported to occur in the meat business; however, the sub-standard quantities of slaughter pigs on offer are sufficient to prevent the situation from worsening.

People are less optimistic in Belgium, where producers have to cope with a converted 4-cents price decrease. Thus, Belgium has the worst record among the EU member countries.

After the Danish prices had not followed the price decreases for a long period of time, the price has now lowered by 7 cents altogether within a short span of two weeks. However it must be remembered that the Danish price still exceeds the German price by about 6 cents.

Last week, several meetings were held between representatives from Russia and the EU. Sergey Dankwert, head of the Russian veterinary authority, has accused the EU of not taking sufficient action to prevent further spread of the virus.

Meanwhile, representatives from the Netherlands, Denmark and France met Russian deputies. The meetings increase the countries’ chances of restarting exports to Russia. Unfortunately, this concerted effort was not met with approval within the EU, because the EU’s position as a negotiation partner was weakened towards Russia.

Trend for the German market: After African swine fever was confirmed in two wild boars in Poland, word has it that the trading business has come to a standstill for German pigs delivered to Polish slaughter companies. In eastern Germany in particular, it has therefore become necessary to find alternative marketing opportunities for those pigs. Yet no backlog supply of slaughter pigs has piled up, so prices are expected to remain unchanged.