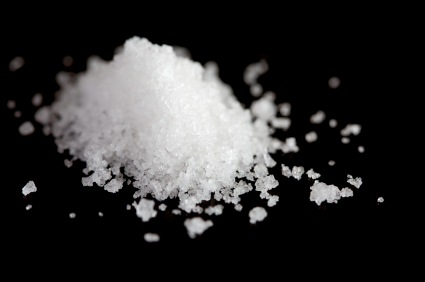 Fresh, animal-based proteins are naturally low in sodium, containing 50 to 70 mg per 100 g. But many meat and poultry processors add sodium-containing ingredients, primarily table salt (sodium chloride) and phosphates, to improve flavor, functionality and yield. This is particularly true for processed meat products.

The added salt in all foods continues to be highly scrutinized by medical, nutritional and regulatory authorities as it has been charged with being a contributing factor to health issues from heart disease to obesity. Formulators are trying to better manage sodium contents in order to appeal to consumers who are increasingly scrutinizing nutritional profiles before they purchase products. In fact, 32 percent of shoppers reported they are buying more foods based on nutritional components vs. last year, according to “Shopping for Health 2012,” the 20th annual survey-based study released by the Food Marketing Institute (FMI) and Prevention magazine and published by Rodale Inc. Sixty-seven percent of shoppers say sodium is important to them, with 32 percent of shoppers saying they are buying more low-sodium products vs. 2011, the study notes.

On the foodservice side, the recent Supreme Court decision on the Patient Protection and Affordable Care Act cleared the way for national requirements about posting nutritional information at chain restaurants. Listing calories, fat content and sodium levels of menu items at the point of purchase has been promoted as a way to address the obesity epidemic.

As menus in resturants showed evidence of a decrease in energy, saturated fat and sodium content after the implementation of menu regulation, however, the study found that the majority of entrées were still very high in these nutrients, compared to dietary guidelines. (Journal of the Academy of Nutrition and Dietetics, August 2012)

Without a doubt, consumer activists will continue to be loud about high sodium levels, putting pressure on operators to offer lower-sodium foods. If this is not motivation enough for meat and poultry processors, then the new nutrition standards for the National School Lunch and School Breakfast Programs, requiring the reduction of sodium in the foods they serve to school kids, should be.

Some flavor enhancers are designed to be used without potassium chloride, allowing for up to a 50 percent reduction in sodium. These are often a combination of a number of ingredients, such as yeast extracts, nucleotides, hydrolyzed vegetable proteins and monosodium glutamate.

Meat and poultry processors have ample options for reducing sodium, while maintaining taste and quality