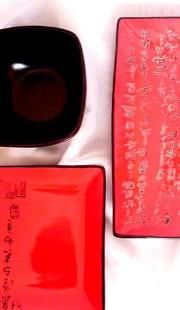 People drink less from red cups and eat less when snacks are served to them on red plates, according to researchers at Basel University.The team at the Institute of Psychology think red could be acting as a subtle “stop” signal.

In their first experiment, they asked 41 male students to drink sweet drinks from plastic beakers, half of which had blue stickers and the other half red.
The ones given red beakers drank about 40 per cent less than the others, irrespective of what they thought of the taste.

In a second experiment, 109 people were given ten pretzels on red, blue or white plates and told they could eat as many of them as they liked. The ones with red plates ate only a little more than half as many as the others did.

The researchers say the experiments are a first step to understanding how colours may influence food consumption.

But they add that more studies are needed to determine whether the results can be used to help people reduce weight or stop them drinking unhealthy sugary drinks.

The study is being published in the scientific journal “Appetite”.