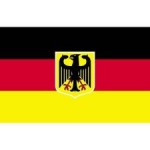 At least 26 farms in the southern German state of Bavaria have been temporarily closed by local authorities due to use of the banned feed additive chloramphenicol.

The antibiotic was discovered during regular residue control checks on urine from finisher pigs – this was announced on Friday by the Bavarian State Office for Health and Consumer Safety (LGL). The pigs were fed using a byproduct of dairy product manufacturer Ehrmann. This company was known to use chloramphenicol as a laboratory safety procedure.

The drug has been forbidden in the EU since 1994. Ehrmann has admitted that the residue product ended up in feed due to careless treatment of the laboratory trash. As a consequence, a senior staff member has been sacked – and the company promised not to use any chloramphenicol any more.

No consumers have been exposed to the drug, the LGL emphasised. The farms were located near the town Allgäu. Until last Sunday, only one farm had been told to ‘open’ again – as yet it is unclear when the other farms will be free to sell their pigs again. It is not known how many pigs are involved.