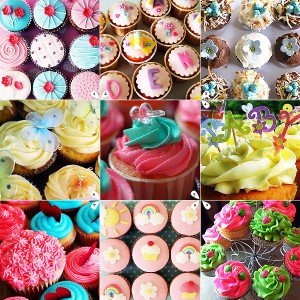 Denmark became the first country to tax saturated fats. The tax hits all foods with a saturated fat content above 2.3 percent. Denmark’s Confederation of Industries calculated that the tax adds 12 cents to a bag of chips, 39 cents to a small package of butter and 40 cents to the price of a hamburger. The Danish government implemented the tax because it wanted Danes, who lag behind European life expectancy numbers, to get healthier. Will they? The research on “fat taxes” is sparse, but there’s good reason to be skeptical about the potential public health gains.It is estimated that one billion adults worldwide are overweight and at least 300 million are clinically obese (WHO 2004). Among OECD countries, it is estimated that the United States has the highest proportion of overweight people (65 percent), followed by Mexico (62 percent) and the United Kingdom (61 percent) (Loureiro and Nayga 2005). The percentage of overweight and obese Americans rose from 45 percent to 65 percent from 1960 to 2002.

Acording to the suty Fat Taxes: Big Money for Small Change, in an attempt to improve the nation’s health, many U.S. policy makers have or are considering imposing taxes on the fat in food. Dairy products constitute a large portion of at home fat consumption of particularly harmful types of fat, and nearly all US households consume these products. We estimate a demand system for dairy products, which we use to simulate substitution effects among dairy products and the welfare impacts of fat taxes on various consumer groups. A 10 percent tax on the percentage of fat would reduce fat consumption by less than 1 percentage point. Given that the demand for most dairy products is inelastic- economic term used to describe the situation in which the supply and demand for a good are unaffected when the price of that good changes-, a fat tax is an effective means to raise revenue. However, these fat taxes are unattractive because they are extremely regressive, and the elderly and poor suffer much greater welfare losses from the taxes than do younger and richer consumers.

Various fats contain different proportions of saturated and unsaturated fat. Examples of foods containing a high proportion of saturated fat include animal fats such as cream, cheese, butter or lard, and fatty meats; as well as certain vegetable products such as coconut oil, cottonseed oil, palm kernel oil, chocolate, and many prepared foods.