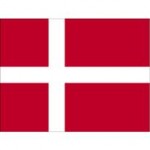 Scientists use modern technology to develop tools that slaughterhouses and pig producers can use to predict meat quality.

Is the pork meat tender, flavoursome and juicy? It would be a bit help if you had a tool that could predict the quality of the meat with the help of biomarkers. The farmer could use the tools to select animals for breeding and the slaughterhouse could use the tool to select top-quality carcases or cuts in a cheap and effective way.

Such a tool could become a reality, says senior scientist Niels Oksbjerg from Aarhus University (AU). Together with other AU scientists he has collaborated with Danish Crown, the Danish Meat Research Institute and a number of international partners to investigate the possibilities of identifying biological markers for different properties that affect the meat quality.

The scientists found markers for meat quality that could be used, so now it is just a matter of developing tools for practical use.

The results that scientists have generated so far are based on research carried out as part of a huge, five-year EU project – Q-PorkChains – which has involved 62 partners from a large number of countries. The project was launched in 2007 and was completed in December 2011.

The scientists received muscle biopsies from the slaughterhouses from different European countries and established a muscle library. And it was this library they used to fish for markers related to quality aspects of meat.

By using a technique called RT-PCR,  the scientists could confirm if there was a link between a certain gene and a certain attribute.

They have found 16-20 genes that are interesting in connection with drip loss, but the link between individual genes and the attribute is too weak, so the possibility for predicting meat quality is correspondingly weak. Now they would like to develop tools that look at several genes at a time. This will give a better expression for the attribute and make the prediction safer.

The other participants from Aarhus University in this part of the project are Lecturer Bo Thomsen, PhD student Jeanette Hansen and head of research unit Jette Feveile Young.