The Sant Pau restaurant is built on the personal and professional development of two people from Sant Pol de Mar, Toni Balam and Carme Ruscalleda. They started working together in 1975 in the grocery store owned by Ramón Ruscalleda and Nuria Serra. It was from there that they gathered up the courage to create the Sant Pau – Carme Ruscalleda in 1988, a restaurant that is committed to quality and originality. 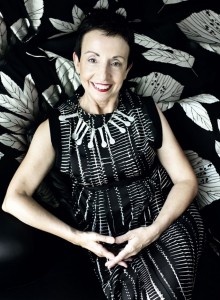 Ruscalleda was raised in a family of farmers and began cooking as a girl. She studied Charcuterie technics, as well as Commerce, and after marrying a grocery owner, Toni Balam in 1975. Techniques learned in the deli business and worked the miracle. “I did things my way. If you are creative, creativity comes out one way or another. I started making sausages of two colors, mixing pork with duck meat, liver, and to make different kinds of sausages. Pig opened the way to me and made me a happy person, so I love it and it pays a role in some of the jewelry I usually wear. “ 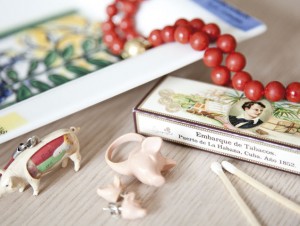 Her cuisine is strongly based on Catalan tradition though open to world influences, and focuses on quality and seasonal products. She often relates the dishes served to a leitmotif explained in the menu, creating a sort of literary concept.

Since 2000, she has published numerous books on the Mediterranean diet, with an emphasis on modern, easy, quick and tasty meals; including recipes adapted to non-professional kitchens. The most celebrated is Cuinar per ser feliç (2001), Cooking to be happy. In English she has published Carme Ruscalleda’s Mediterranean cuisine (2007), Salsa Books Editions. 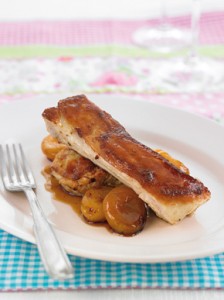 On her website it can be found the recipe: Express suckling pig with dried apricot