The most popular pig breed in use in England is the Duroc, Landrace or Large White, because of their shape, leanness and ease of keeping. But there are a large variety of farmers now keeping more traditional breeds which are now becoming more popular and thus their products are too.

These original British pigs are an early maturing popular breed. Loved for their taste and flavour not only by us but by the Japanese who refer to them as Black Pork. And although the breed is black, the meat is still white. 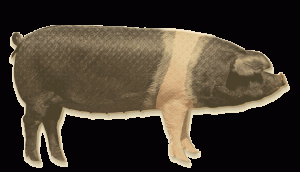 The British Saddleback is a combination of the Essex Saddleback and Wessex Saddleback. These hardy pigs are well known for their grazing ability, which makes them really popular in outdoor and organic production. 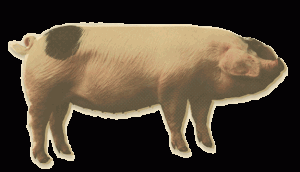 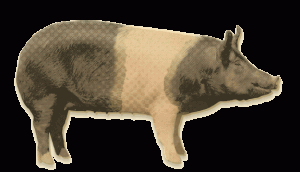 Developed in the USA, this is one of the world’s most important breeds, particularly in commercial pig production. Originally from Hampshire the breed is regarded as the bestterminal sire breed for all purposes. 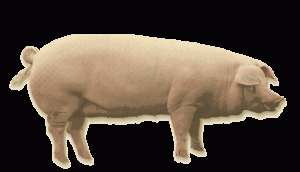 This is a very versatile breed with a really high lean meat content – ideal for fresh pork and bacon. Cross breeding with the Landrace is hugely popular in the profitable productionof quality pork in Western Europe and North America. 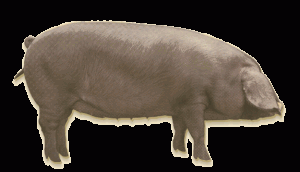