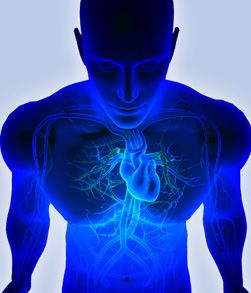 On August 10 2010, Tissue Regenix, a medical technology company focused on the development and commercialisation of acellular tissue replacement products to address the chronic global shortfalls in donor tissue availability, today announces that it has received European CE Marking for its dCELL® Vascular Patch.

The dCELL® Vascular Patch is a sterile, non-cellular biological scaffold manufactured to the highest quality and safety standards from porcine pericardium which is intended to be permanently implanted into the human body for vascular repair.

Tissue Regenix, joined AIM in June via a reverse takeover of Oxeco plc, and will manufacture the dCELL® Vascular Patch at its York facility. Tissue Regenix will now be simultaneously working towards receiving FDA approval for the US.

The next product on which Tissue Regenix intends to focus is the dCELL® Meniscus, for the repair of damaged knee meniscus.

The process comprised within the dCELL® Technology involves the production of biological scaffolds created by taking a piece of human or animal tissue that is equivalent to the diseased or damaged body part which is being replaced, treating such tissue with a series of gentle chemical washes and then sterilising it. The end product is a scaffold which can be stored under normal conditions at room temperature like any synthetic medical device and, when it is implanted into the body, it repopulates with the patient’s own cells using natural biological repair mechanisms.

The company’s technology then strips away all animal cells, creating a “biological scaffold” that can be implanted in the human body permanently. The vein then regenerates and repairs itself around this “scaffold”, removing the need for patients to take anti-rejection drugs.