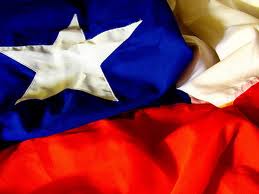 500,000 pigs at a slaughtering company have been abandoned and left to starve, with no supply of food and water for five days.
The dying pigs were left to starve as employees fled the plant when on Thursday (17 May) residents protested against the plant due to the bad odour from the pigs – they have complained about the odour for months. The protest became violent and the locals then shut off access roads to the slaughtering site and plant workers were unable to access the plant.

Chile has therefore announced a health alert at the site in Freirina, where the plant is.

“Because of the road closures from Thursday onward the animals have stopped receiving food, there is no sanitation, their waste is not being disposed of and we understand there is high mortality among the animals, particularly the young piglets,” Health minister Jaime Manalich said.

Almost half a million pigs at the largest pig farm in Chile are to be slaughtered after the government closed the plant.

“They are going to be slaughtered. They are not going to another farm, nor to another plant,” said Jose Guzman, chief executive of Agrosuper, which owns the premises.

Guzman added that the pigs must be slaughtered because it would require 50,000 trucks to move them.

Agrosuper, the firm that owns the plant, has admitted that there were problems with the ventilation system of the plant.