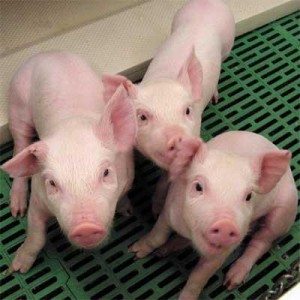 The second half of 2013 offers better prospects for the global pork market on factors such as strong export demand for pork, higher prices and declining production, according to the “Rabobank Pork Quarterly”. “For Q2 2013, the already difficult market will be further hampered by the numerous import bans that startled the industry in Q1 2013. Without questioning the legitimacy of these trade distributions, these will further limit possible upside of the market, which can be characterized by the combination of lackluster demand and rising supply,” said Albert Vernooij, Rabobank analyst. “The only positive note is that herd expansion will be postponed or herds will even decline, which together with the forecasted declining feed costs, will likely result in better margins at both the farmer and industry levels.”

Large production decreases are forecast for the European Union due to the implementation of sow pen regulations in January. Also, pork demand in China will see a seasonal bump.

“In the Northern Hemisphere particularly, both domestic and export pork demand is going to be the determining factor in the coming months,” Vernooij added. “In the EU, consumers are increasingly feeling the impact of the economic crisis in their wallets, while the higher pork prices of the last year are increasingly reflected in retail prices.

“In the US, retail prices held up well in the face of the decline in hog and pork prices,” he said. “In both regions, the length and intensity of the grilling season will be modifying for profitability, especially because the early Easter was rather disappointing for sales.”