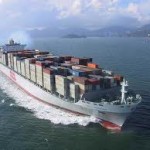 According to Rosselkhoznadzor, Russia’s federal oversight agency for veterinary and phytosanitary surveillance, a temporary restriction on imported pork products was imposed on shipments from Triumph Foods, St. Joseph, Mo., and Tyson Fresh Meats, a division of Tyson Foods, based in Springdale, Ark.

The restrictions which were effective on 12th Sept.  were announced by Rosselkhoznadzor “due to detection under intensified laboratory control of Listeria in the consignment of frozen boneless pork” from Tyson Fresh Meats and tetracycline and chlortetracycline in pork from Triumph Foods.

According to a report, Tyson officials are working with trade officials in an effort to resume regular shipments. “We’re looking into the claims by Russian officials and will work diligently to quickly resolve this matter,” Gary Mickelson, a Tyson spokesman said in the report. “Providing safe, high quality pork is extremely important to our business,” he said.