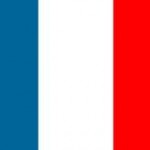 Cooperl Arc Atlantique, a major group of French pig breeders accounting for 20% of the whole pig production in France, announced it will propose plans designed to completely stop the castration of piglets by March 2013. Eurogroup applauds the decision, which will positively impact the lives of an estimated 5 million pigs a year.

According to the press release issued by the group, the decision, spurred by growing consumer concern, is an ambitious step in their drive towards higher welfare standards for pigs, which also includes compliance with regard to the requirements of group housing of sows due to take effect on 1 January 2013. However, the plan to start will be on a voluntary basis, and accompanied by technical information and training. A training session organised by IFIP (French Institute for Pig and Pork Industry) with the support of the European Commission is already scheduled on 11 October and will assist French producers in implementation of these practices.

About 100 million male piglets are still castrated in the EU every year, most of the time fully conscious without pain relief or anaesthetic causing pain and suffering for several days. This move is a great step forward for improved welfare of pigs and is in line with the European declaration on the Alternatives to Surgical Castration of Pigs introduced by the European Commission to stop this cruel and painful practice in the EU by 1 January 2018, and Eurogroup encourages everyone to contact any of the stakeholders in the pig sector raising their awareness of the Declaration and get them to sign up to it.

European Declaration on alternatives to surgical castration of pigs