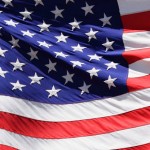 On January 1st 2013 all European pig farms must be adapted to the new Animal Welfare Regulations for Livestock. European pig producers will assume the high costs for the  compliance of our farms with the new regulations, the decline in pig production, the subsequent rising costs and the lose of competitiveness in comparison to non-European producers that do not have to implement such restrictive standards.This situation happens with a global economic crisis that affects mainly to Europe and whose strict political measures would probably increase the agony of European pig farmers.

The U.S.A Meat export Federation has made a report on these affairs where inform about the lose of competitiveness for the European pig producers and the opportunities for US pork exports. We publish the report.

Pork industry animal welfare standards cheduled to take effect in the European Union on January 1st, 2013, could increase opportunities for U.S. pork exports, according to a report released by the U.S. Meat Export Federation (USMEF) based on interviews with more than 30 European importers, retailers and further processors.

The new animal welfare regulations will require EU farmaers to keep pregnant sows in loose housing system rather than in confinement stalls. While the regulation has been applauded by many in the EU pork industry, and compliance is recognized in “wefare labelling” on pork products, the price of compliance with the regulations is reportedly by the USDA Market Access Program (MAP) and the Pork Checkoff.

Based on the response from those in the EU pork industry, the rising costs for compliance with the animal welfare regulations are expected to lead to a decline in EU pork production of anywhere from 3 percent to 7 percent by 2013, creating opportunities for pork imports, notably from the USA. Factors that could affect this are the compliance rate of the EU industry with the regulations and the timing of implementation.

“There is no question that there could be a gap between EU pork production and demand”, said Dam Halstrom, USMEF senior vice president of  global marketing and communication. “The question remains whether the larger opportunity will be in the EU or in those export markets now served by the EU that could feel the squeeze as pork is held back to serve EU customers”.

According to the report, EU pork farmers have been losing money every year since 2007, with the high price of feed being a key factor. EU banks reportedly are hesitant to lend farmers the money required to comply with the new animal welfare regulations based on  another money-losing year in 2011.

Halstrom noted that while the EU may be a niche market for U.S. pork, USMEF has identified companies that have an interest in selling it based either on past experience or their desire to diversify supply channels.

One of the biggest variables in how successful the welfare standards will be is the reaction of EU consumers. In the United Kingdom, for example, the four largest supermarkets reportedly are expected to limit pork sales to those EU countries that “fully comply” with the 2013 welfare requirements. That said, the UK also is known as a value market, and UK consumers are not expected to continue to pay high prices for pork at large supermarket chains when there are alternative sources more competitively priced. Thus, even if the higher cots of compliance do not affect the supply of EU pork, the higher price of the final product could drive some consumers -and importers- to seek out pork from U.S. or other sources.

Through the first seven months of 2011, the EU has imported 17.6 million kilograms of pork valued at $47.6 million, deceases of 21.4 % in volume and 9,4 % in value versus 2010, according to the Global Trade Atlas. Chile, Switzerland and the USA are the top exporters of pork to the EU-27 this year.